Wanna be a LOK VIP? Grab this link for your 30% discount code: YES Joan

Dying to knit a Fair Isle Hat? New to Fair Isle? Letting that fear monster paralyze you from trying, or just never thought of giving it a go? LOK (Laws Of Knitting) has your back.

This particular Fair Isle hat was designed for a friend of my Niece Claudia. Alex requested a Fair Isle hat with black being the main color. That’s the extent of his wish list. Sounds like a guy, right? Alex is a Meteorologist stationed in the cold northern part of the country. With those two facts in mind; very cold weather and the color black I sat down at my favorite desk for designing and went to work. I chose these particular stitch patterns because I was designing the hat for a guy and I liked the sharp clean straight edges. Seriously loving black paired with shades of grey I went with those two colors.

Love Fair Isle but would like a softer design with curves in place of the sharp edges? You just might enjoy Claudia’s Fair Isle Hat!

Because I am FABULOUS…

I received a message on Facebook from a lovely lady who had purchased my pattern, Alex’s Fair Isle Hat. She stated she purchased the pattern just because she fell in love with the Fair Isle stitch patterns I chose. She mentioned she bought the pattern even though she has never worked Fair Isle. Because she was a bit nervous starting the hat she asked if I would make a video knitting up a couple rows in the Fair Isle just to get her started.
You know me…Of course, I said yes!

Now, the reason I told you the above story was for one reason…If you have never worked Fair Isle, but have really wanted to give it a go don’t hesitate on this one. The link to the video tutorial is found within the pattern (below as well). Also, don’t forget I am here to help. Fair Isle is quite simple and the stitch patterns are endless. Don’t be afraid to give it a try. Come on pick up those needles and get started! As you know, I always say “Go a bit deeper into the water”.

♥The link to the video tutorial is found in the pattern; as well as below. I demonstrate how to work up several rows of the Fair Isle using this particular pattern. The pattern also provides both a chart and written instructions. It doesn’t get any better than this!

One more reason I am so fabulous…

Need a hat not only for a guy but a girl as well? Check this out: CLAUDIA’S  HAT!

♥As are all my knitting patterns; this pattern has been test knit twice and both copy and tech edited for accuracy.
I am happy to help if you have any questions along the way! 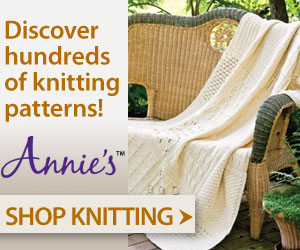 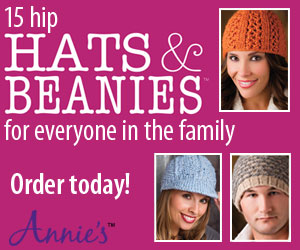